Full discussion of AR-15 rate of fire at bottom.

The Aurora shooting has sparked another round of outrage from gun control advocates, met with return fire from gun rights supporters.

While the gun control side consistently demonstrates its lack of knowledge about firearms, the gun rights side responds ineffectively with anger and unappealing arguments.

Only the police should have guns?

In an effort to bridge the gap, I’d like to address some common misstatements by the anti-gun side without the anger.

Military-style assault weapons like the AR-15 are too dangerous.

This is one of the most common misunderstandings. Here’s a recent bit from a “rant” by Jason Alexander (better known as the actor who played George Costanza – and I’m a huge fan of his acting):

What purpose does an AR-15 serve to a sportsman that a more standard hunting rifle does not serve? Let’s see – does it fire more rounds without reload? Yes. Does it fire farther and more accurately? Yes. Does it accommodate a more lethal payload? Yes.

Let’s take these one at a time.

Purpose – The AR-15 is known for its long-distance accuracy and is preferred by many marksmen for target shooting competitions. “Military” rifles are necessary for certain events, such as Service Rifle.

Rate of fire – Yes, the AR-15 is a semi-automatic rifle. That means it fires one round for each pull of the trigger and reloads itself. It does have a fairly high rate of fire compared to bolt-action rifles. But there are semi-auto hunting rifles such as the Remington 7400 and their rate of fire is not much lower than the AR-15. There are also semi-auto shotguns and, of course, pistols. Revolvers are semi-automatic and have been around for nearly 200 years.

The AR-15′s rate of fire is not nearly as high as some exaggerated numbers I’ve seen. Sustained rate of fire is roughly 12-15 rounds per minute, and that link is for the true military M-16 version. They tend to overheat and/or jam if you shoot too fast. It has been widely reported that the AR-15 jammed in the Aurora incident.

Another common misconception is that the AR-15 is an automatic weapon or machine gun. Automatic weapons continue to fire as long as the trigger is kept pulled. They have been effectively illegal since the 1930s. None of these mass shootings involved automatic weapons. Few in the gun rights community advocate legalizing machine guns. 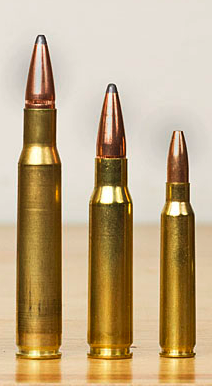 The .223 is smaller than the hunting ammo. The AR-15 also typically uses “ball ammo”, which tends to make a narrow hole straight through the target. Hunting ammo is often designed to expand as it goes through the target, causing more damage. So Mr. Alexander is very wrong on this. The AR-15 has a less lethal payload.

For more on this, see new post: Muzzle Energy, Stopping Power and the AR-15

For some reason the AR-15 captivates those who want to ban guns. But in mass shootings like Aurora, Tucson, Virginia Tech, and Columbine, the AR-15 is not the most dangerous firearm.

But weapons experts said that in a closed, crowded setting like a movie theater, any of the weapons could have been extremely deadly, even in the hands of an inexperienced or inaccurate gunman.

If anything, the experts said, a shotgun in that situation might have been the most lethal, since every shell can spray a half-dozen or more pellets, each capable of killing or maiming a person. Twelve-gauge shotguns often fire five shells, and sometimes more, before needing to be reloaded.

“Shotguns are a very good antipersonnel weapon at close range,” said John C. Cerar, the former commander of the firearms and tactics section for the New York Police Department.

That’s not from the NRA, nor any other gun rights group. It’s from the New York Times.

There are other examples of factoids and foolishness. NYC Mayor Michael Bloomberg suggested that police should go on strike until legislatures pass better gun laws, with the attitude:
We’re not going to protect you unless you, the public, through your legislature, do what’s required to keep us safe.

But no police were shot in Aurora, Tucson, Virginia Tech or Columbine. So why bring this up in the context of these mass shootings?

Another obsessive point for gun banners is that the Aurora shooter bought 6,000 rounds of ammunition, including 3000 rounds for the AR-15. This is misleading. Shooters buy large quantities of ammunition because we use them in target shooting practice. I once bought 900 rounds from an online vendor. I did this for the same reason people shop at Costco or other wholesale clubs. The cost per round is lower if you buy in quantity.

If you go to the range once a week and shoot 50 rounds each week, that’s 2600 rounds over the course of a year.

Mass shootings make for exciting television. There are far more people killed by less interesting guns in suicides and other circumstances that don’t qualify as national news stories. And of course, many more than that are killed by cars, medical errors, and tobacco.

The AR-15 is rarely used in crimes. Hunting rifles, pistols and shotguns are just as deadly, and in situations like these mass shootings often more so. Gun rights advocates may persuade the gullible (including themselves) with false and misleading facts and arguments. But that’s not a sound approach. Let’s get the facts right and have a sensible discussion.

The common thread in these mass shootings is that the perpetrators had severe mental health problems. Perhaps we can all agree to do more about that.

And to answer the comment from Jeremy, down below, the Civil War era Henry Rifle was lever action, and not semi-automatic: The brass framed rifles could fire at a rate of 28 rounds per minute when used correctly.

In the original post I mentioned that the AR-15′s sustained rate of fire is 12-15 rounds per minute. For some reason the search engine gods decided to bring many of you here for more information on this topic. So …

The official rate of fire specs for the Colt M16 (fully automatic military version of the AR-15) are:

Since the AR-15 has no full auto or burst settings, it cannot fire as fast as an M16. In particular, the cyclic rate of fire simply doesn’t apply. That measures how fast the mechanism reloads and fires again when the trigger is held down. With an AR-15, the weapon does not fire another round until the trigger is released and pulled again.

The sustained rate, which I mention in the article, takes into account tasks the user must do to continue shooting, including changing magazines, aiming, and letting it cool off.

The semi-automatic rate measures how quickly the rifle can be fired with a minimal level of precision in targeting, but does not account for issues such as cooling or magazine changes. In a sense it’s how quickly the user can pull the trigger and return to some kind of aim after recovering from the recoil (which is not that severe on an AR-15). But it doesn’t account for the problems that can occur if you shoot too fast for too long, such as jamming or overheating. What makes it semi-automatic is how it redirects some of the gases from a shot’s gunpowder to move certain parts of the gun so that another cartridge goes into the chamber. The gases are hot and contain impurities. This heats up the gun and can cause bad consequences like cooking off. The impurities can foul the gun and cause it to jam. We don’t know the full details yet (and may never know) but some reports indicate the Aurora shooter’s AR-15 jammed. Whether that was due to a mechanical problem with the drum, overheating, or fouling. There are different opinions about this but the AR-15 has been criticized as prone to jamming.

Critics go nuts about people shooting hundreds of rounds per minute or buying thousands of rounds of ammunition. This ignores practical limitations. 100 rounds of AR-15 ammo weighs just short of 3 pounds and takes up space. So carrying several hundreds round, along with the necessary magazines or drums, would weigh the user down. And he’d have to find somewhere on his person to put it all.

For a thoughtful discussion not specific to the AR-15, see William Frisbee on Rates of Fire.